Welcome to the Pixel By Pixel Blog

The new Pixel By Pixel site has been live for two months now so I thought it was about time the Pixel By Pixel Blog came online too. Here I would like to share with you a selection of the images I am fortunate enough to restore and retouch, as well as the occasional tutorial for those who would like to learn restoration themselves.

It was a difficult task choosing images for the web site. I receive so many gorgeous images to enhance and accompanying some of them, the story of their origin.

These images were presented to me a few months ago by the Dorrigo RSL Sub Branch in NSW. A member of the branch purchased the photos at a clearance sale about ten years ago for $2.00 each. What an amazing find!

The photographs document a recruiting/enlistment event at the Dorrigo Showgrounds in 1915. The procession was making its way across the bridge over the Bielsdown River (current bridge is in the same location) to the showgrounds. The prominent building on the right hand side of the road is the Dorrigo Hotel (Top Pub) and the one behind the shed on the left is the Commercial Hotel (Bottom Pub). They are still both in existence today.

Of those 15 men, we know of 6 who were killed during World War 1…their names are on the Dorrigo Monument that was erected by the town in 1921 at the intersection near the Top Pub.

Thank you to Bob Denner and the Dorrigo RSL Sub Branch for trusting me to restore your images and allowing me to share them. 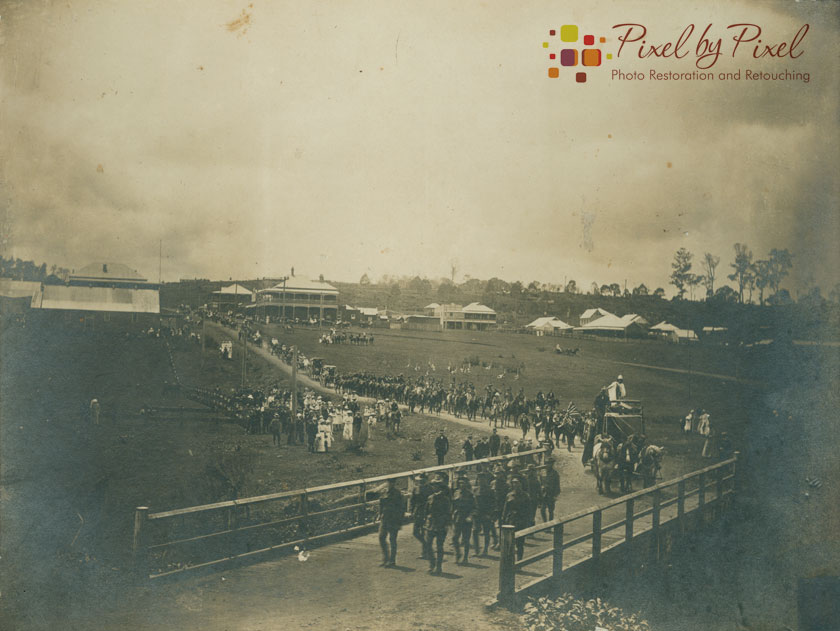 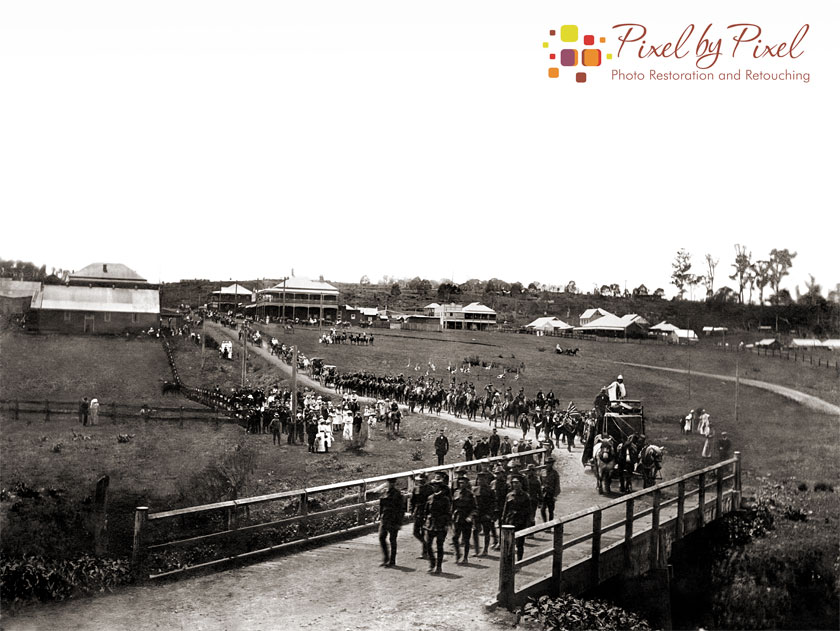 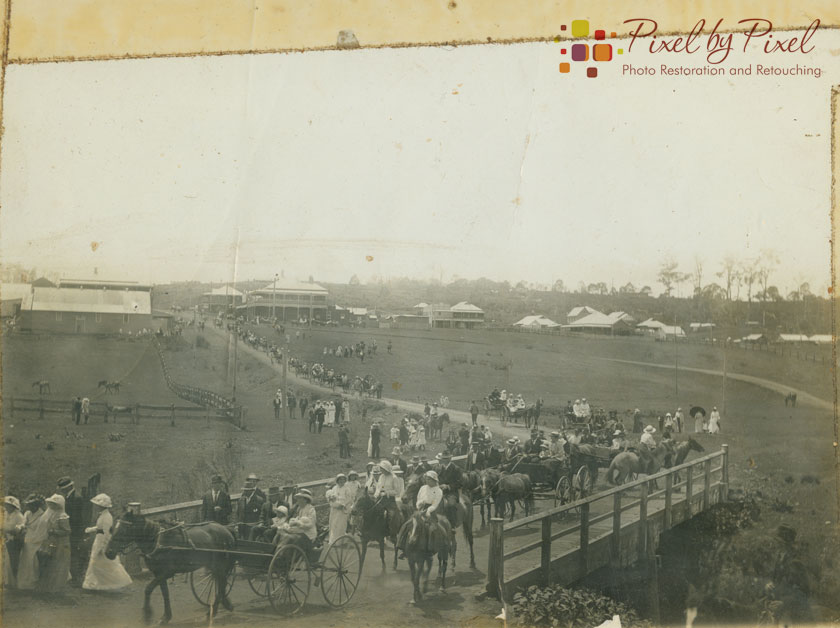 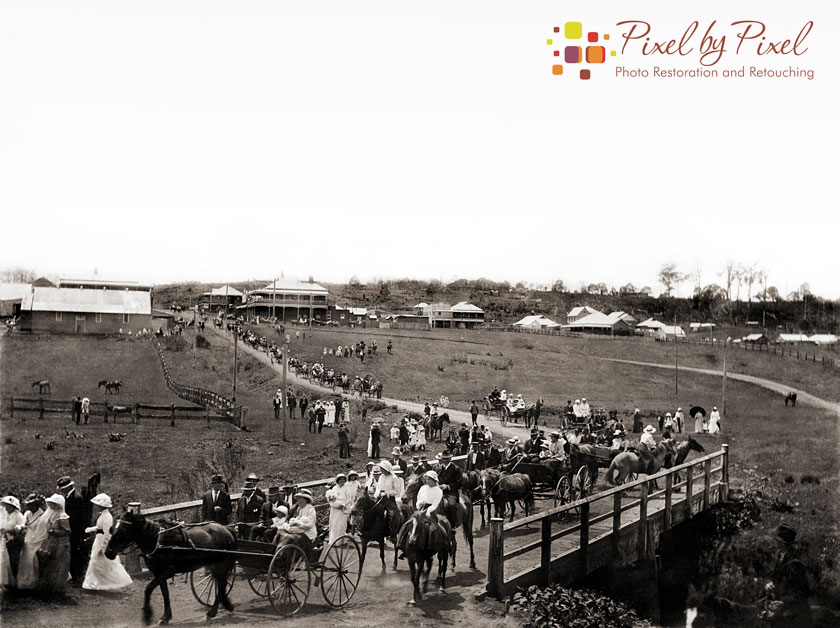 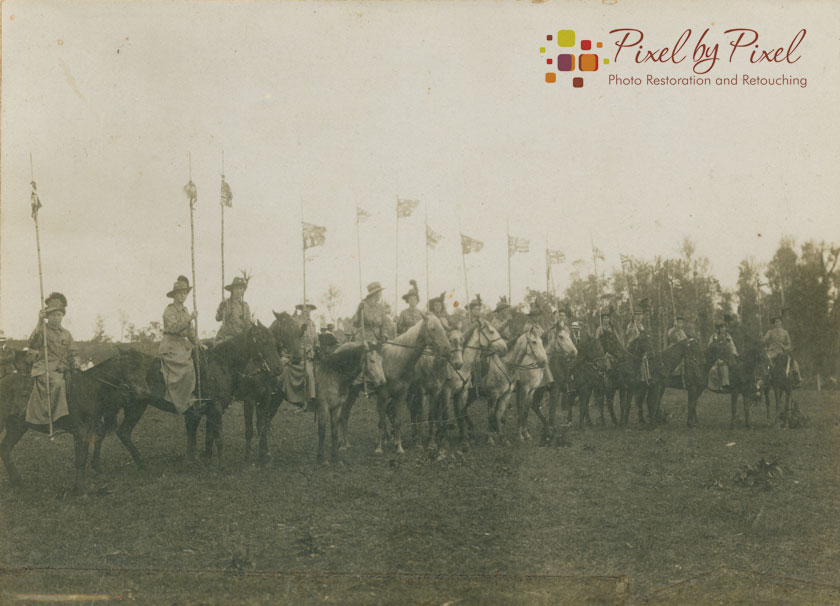 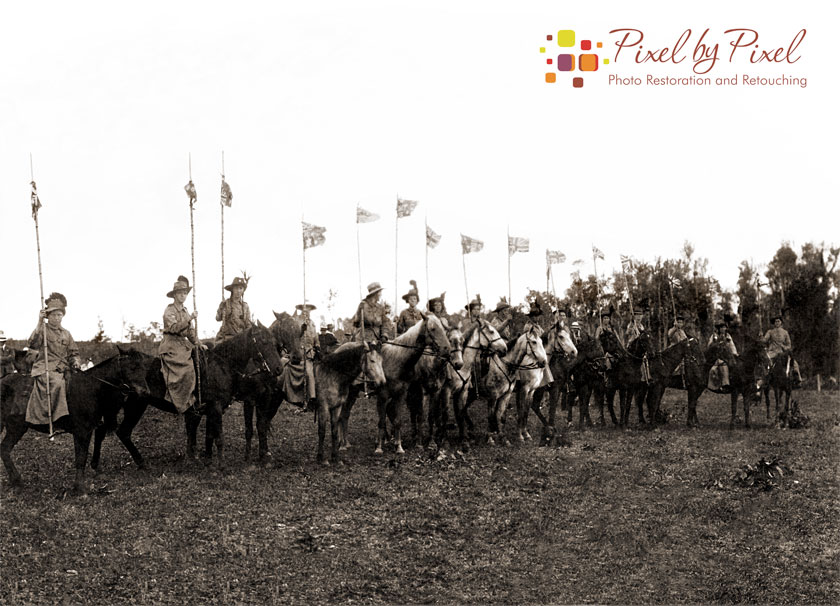 the Dorrigo Grenadiers, 1915. Image restored by Pixel By Pixel 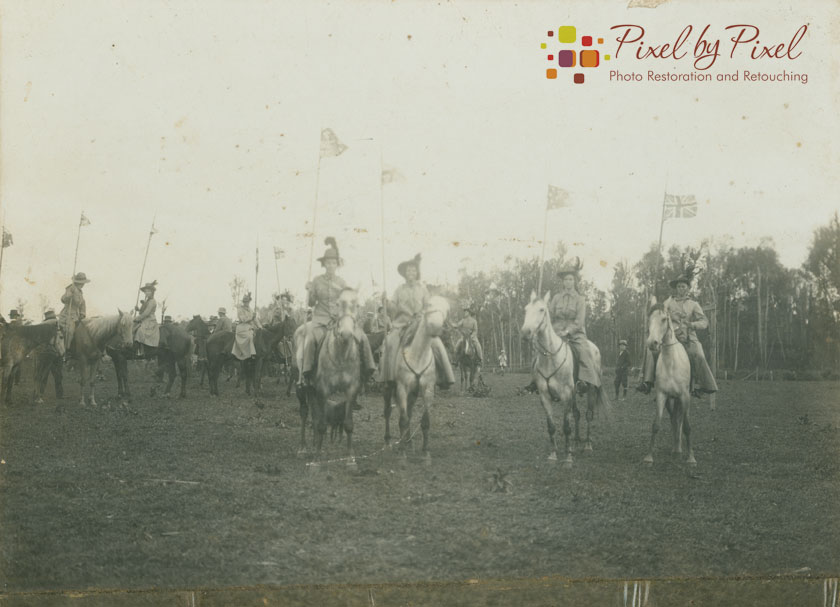 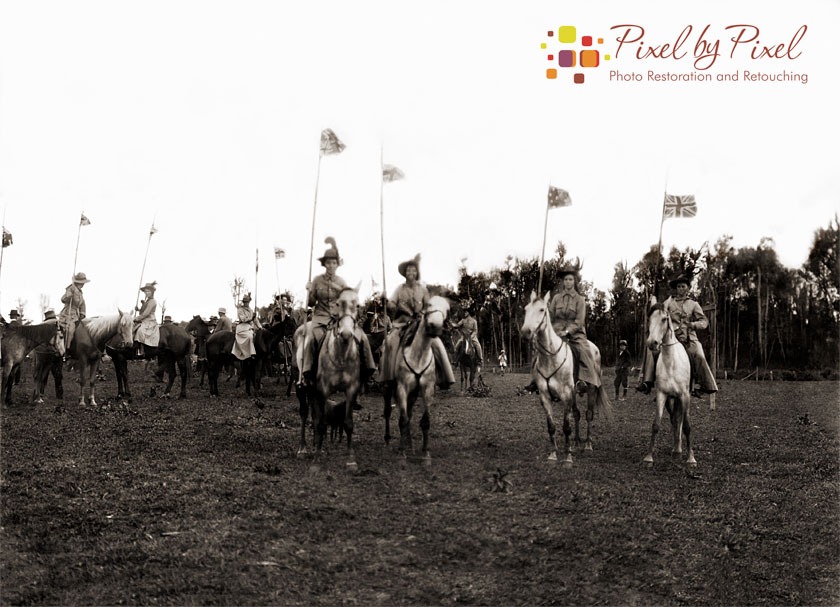 The Dorrigo Grenadiers, 1915. Image restored by Pixel By Pixel