Home/Photo Restoration/It pays to sit up the front!
Previous Next

It pays to sit up the front!

Last May, at very late notice I was asked to fill in for a speaker who had fallen ill, at the VAFHO State Conference in Yarrawonga.  I made my journey to Yarrawonga early in the morning and proceeded to set up in the large room which had been allocated for my presentation. There was still almost an hour until the presentation began but already, there were people claiming their seat. Like many of us did back in High School, some chose to sit near the back of the room.  Do we do this so we are not noticed?  So we can inconspicuously ‘nod-off’ if the presentation is boring?   There were also those however who quickly claimed the seats at the very front.   Among those occupying the front seats were Val Fraser and her sister Fay.

As I was setting up, the wonderful Jan Parker, organiser of the event, came to ensure I had everything I needed and to discuss the content of my presentation.   I have done many of these presentations so can easily speak for a couple of hours about photo restoration but decided that since I had not have time to create lecture notes or a written tutorial, I would restore a photograph from an audience member, live.  At that moment, two sets of ears from the front row pricked up and a small photo album of precious family photographs was quickly offered for my consideration.  There were some glorious photographs among this collection and I chose three which could be used for the demonstration. None of these photographs required extensive restoration.   I chose them for two reasons; the content of the photographs was interesting and relevant to the local area and they were examples of images which could easily be restored by the keen enthusiast, and in the time available.

You might recognise a couple of these images. Val and Fay kindly agreed to let me use them on my new site and blog header.

“The first is a photo of Bundalong Sth S. S.  c.1900s.   Grandma  ( Florrence Greenaway) is in the black dress blonde hair, 4th from right hand side.  It is possible that one of the boys is her brother, Albert but the identity of all others is unknown.” 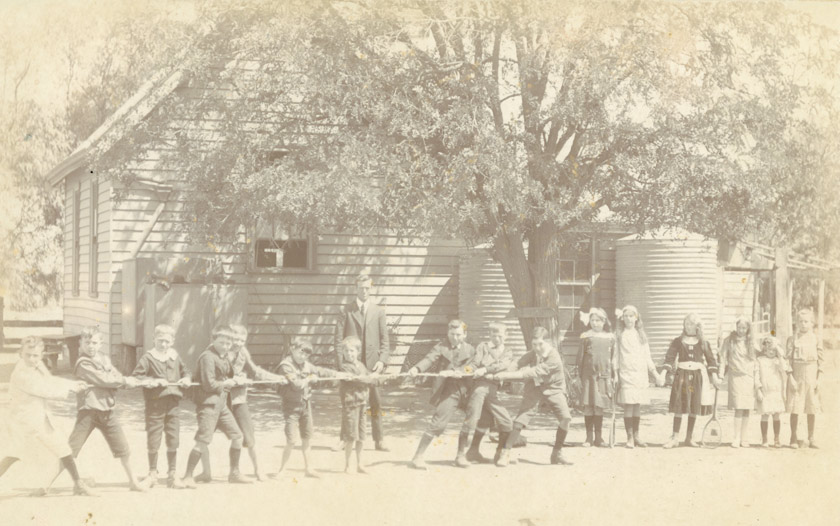 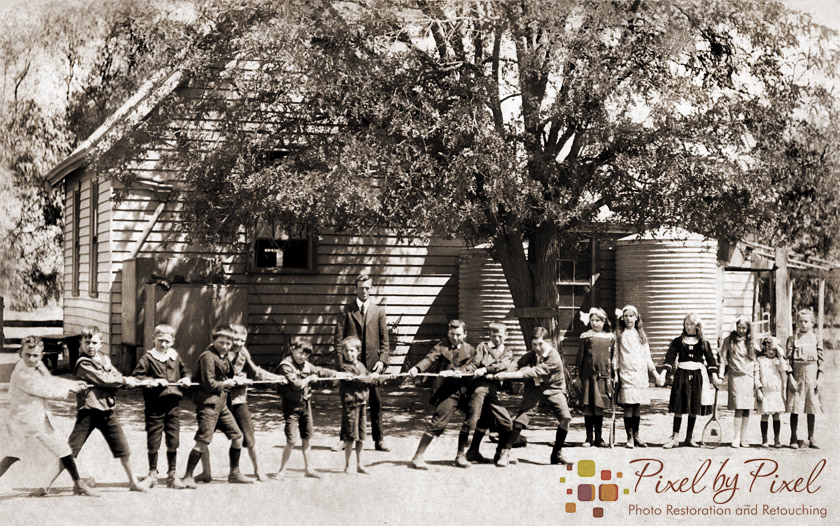 I do love this image.  Although very staged, the photographer has attempted to include a sense of spontaneity.  It is just so different from most school photographs I have come across with all children standing at attention..

“The second photo is of Florrie Greenaway on the far right -taken about 1910.  It could have been taken near Yarrawonga / Bunderlong Sth.” 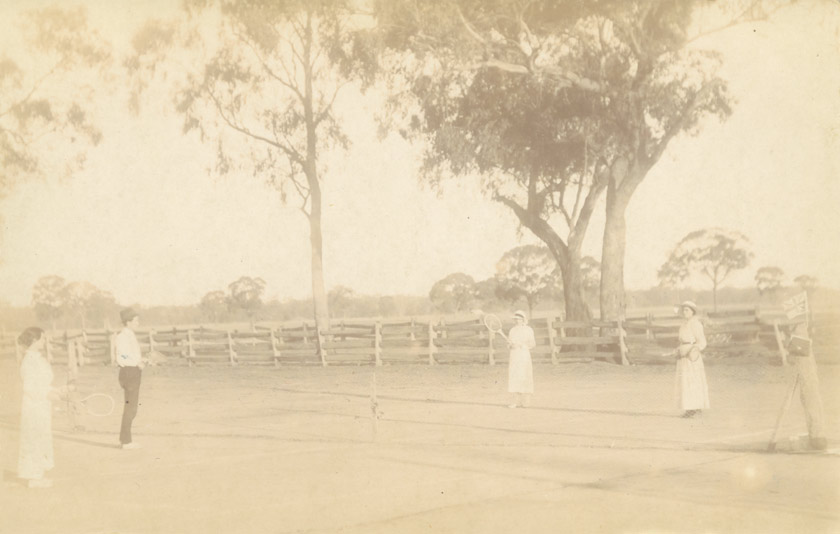 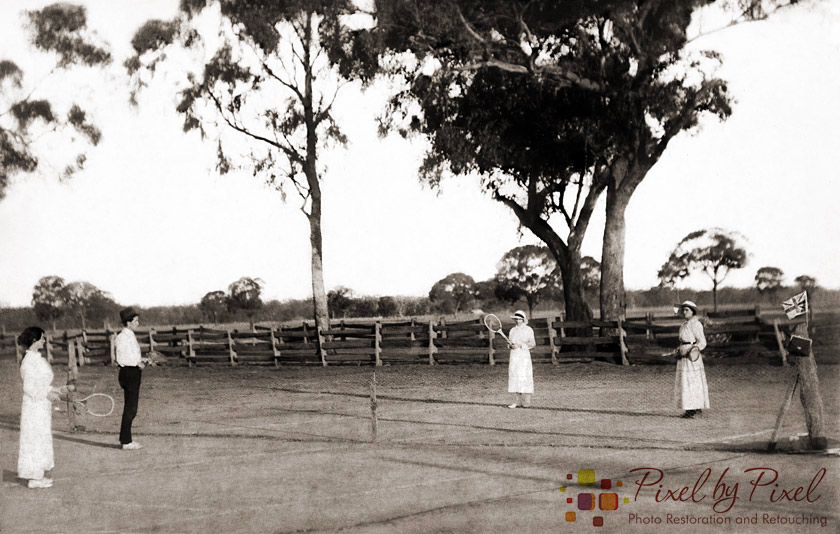 “The last photo is of our Great Grandmother Ellen Boxer (nee Skinner) feeding the turkeys at Devon Farm Savernake N.S.W. probably taken in the 1890s.” 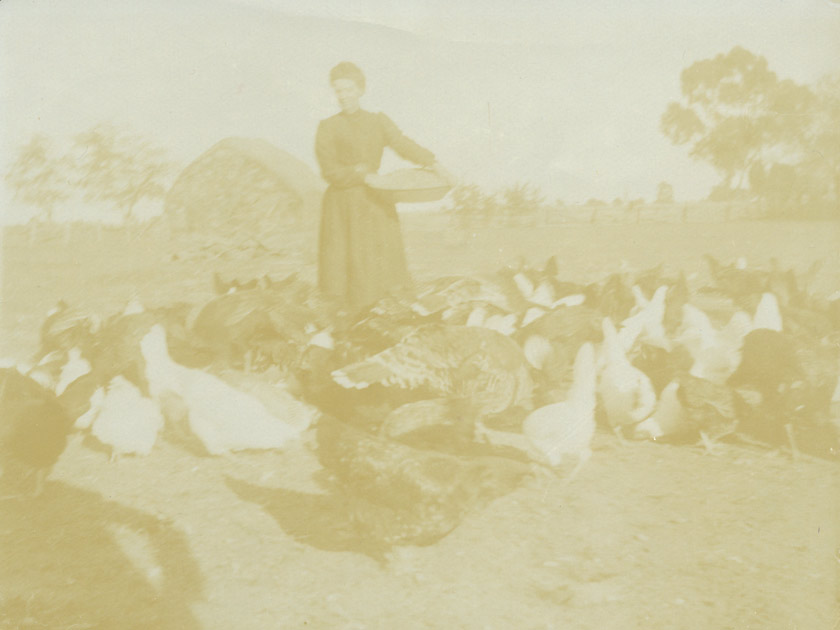 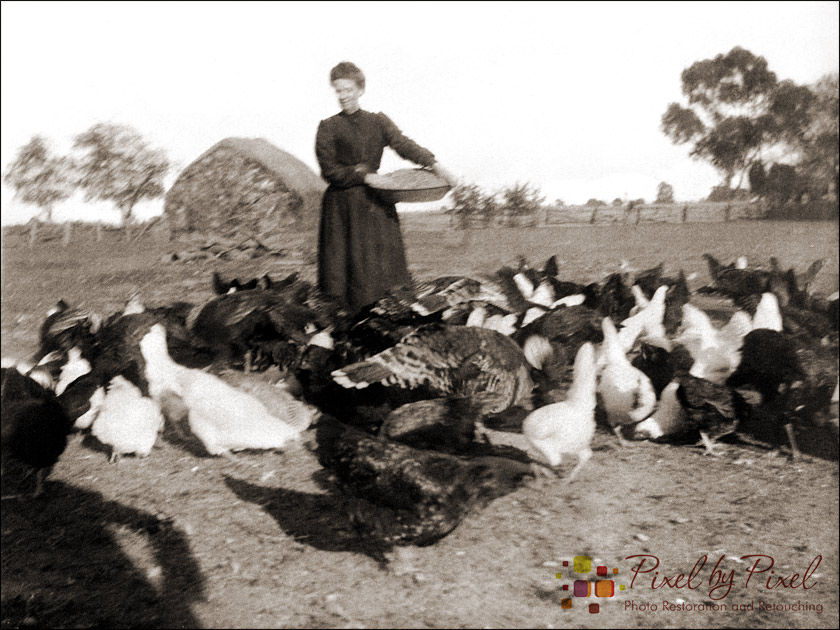 So there you go;  It does pay to sit up the front. You just never know what rewards may come your way.