Restored photograph of harness racing stallion and his tiny driver

I am sure by now you all know I love a challenge. This photo restoration was certainly a challenge but a photograph well worth restoring.

This photograph was sent to me by Val Hardman of Deniliquin, a keen family historian and supporter of the local museum and genealogy library. Val has spent many years researching her family history and was keen to restore this image for her family. It wasn’t in the best shape however. This was not the original print and she had no idea what that red stain was caused by.

The tiny harness driver is believed to be Iris Peuker, nee Hardman. Perched up high on the seat of the sulky, she would have been barely two years old when this photograph was taken, c.1905.

With a little help from the Bendigo Harness Racing Club, Val discovered that Mr Walter Hardman was quite a successful breeder of trotters or pacers in his early times in Deniliquin and the horse featured here is believed to be his prized stallion, Yelretso.

The restoration itself was very time consuming. It was easy enough to remove the red stain using the information provided in the colour channels of the image. Repairing those missing pieces however was a little more difficult. I was able to clone some areas but others had to be painted in. I used reference photos from similar breed horses to restore the horse’s head.

Here is the end result. Drag the slider to see the before and after. Thanks to Val for allowing me to share. 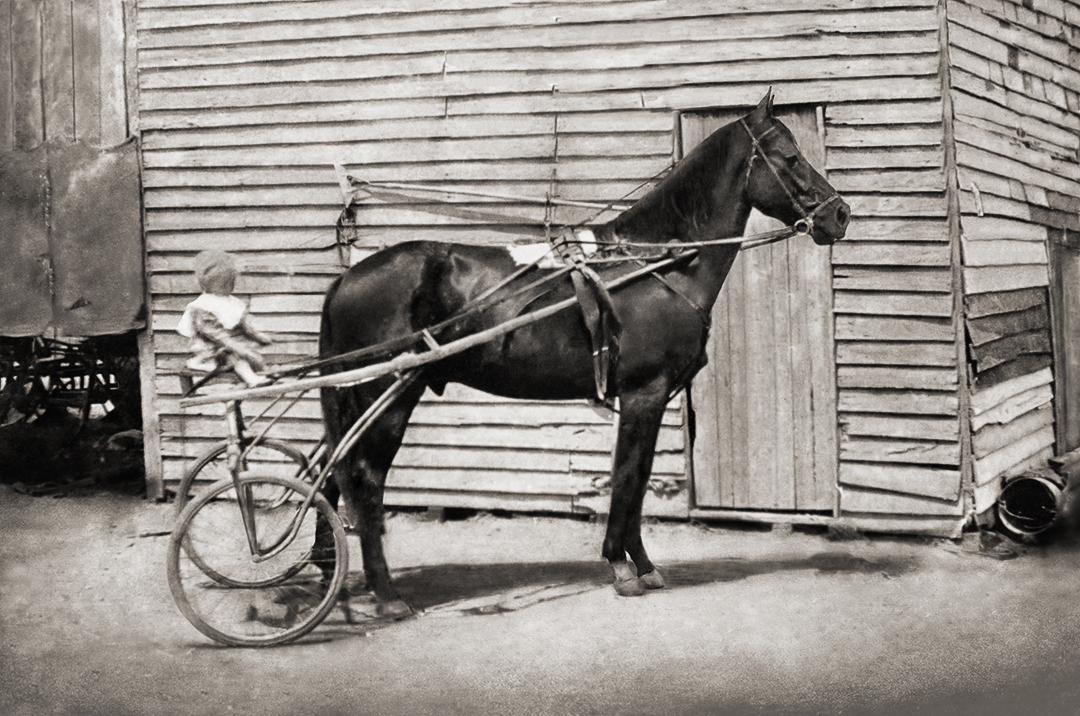 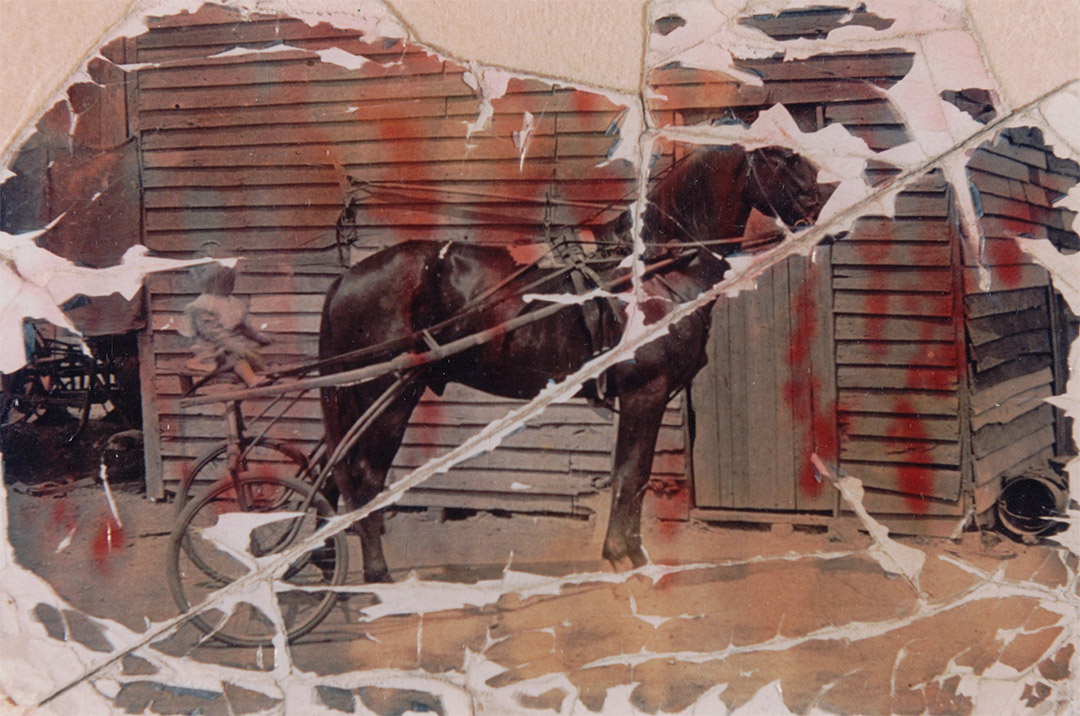