Polaroid photos have never been noted for their superior quality and the one taken of my son today at the MCG by organisers of the cricket clinic he attended with the Victorian Bushrangers is no exception.  In fact, it’s pretty horrible.  The composition and lighting are fine and it’s a great memento of my son enjoying his time on the “hallowed turf’ but it is reminiscent of Polaroid photos I have restored, taken 30 years ago that have aged and suffered over the years.  Perhaps old film stock, stored incorrectly is to blame?   Perhaps this particular camera / film combination is not capable of anything better?  I can only say that we were a little disappointed as I waited eagerly for his image to appear after reassuring him that “Polaroid photos just take a little time”.

It’s times like this I am grateful for my photo editing skills;  a quick levels and curves adjustment, a bit of scratch removal, some colour burn and dodge, a new border and volia!…. a somewhat improved photograph for him to add to his collection. 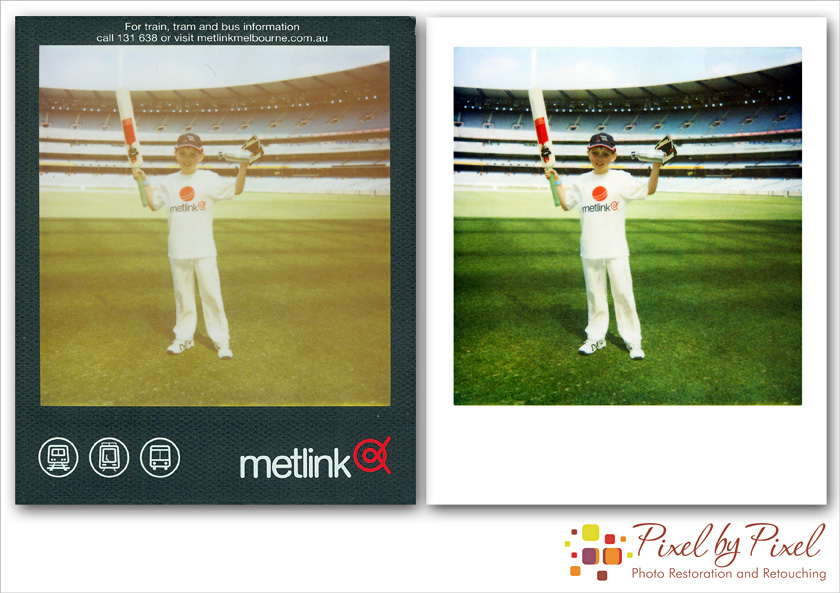 Of course I did take my own camera along and took more than just a few snaps to add to the family photo album…..but there are no ‘before and afters’ to show you with those. 😉