Occasionally, I receive images to restore that scare me. Yes, scare me! This was one of them. 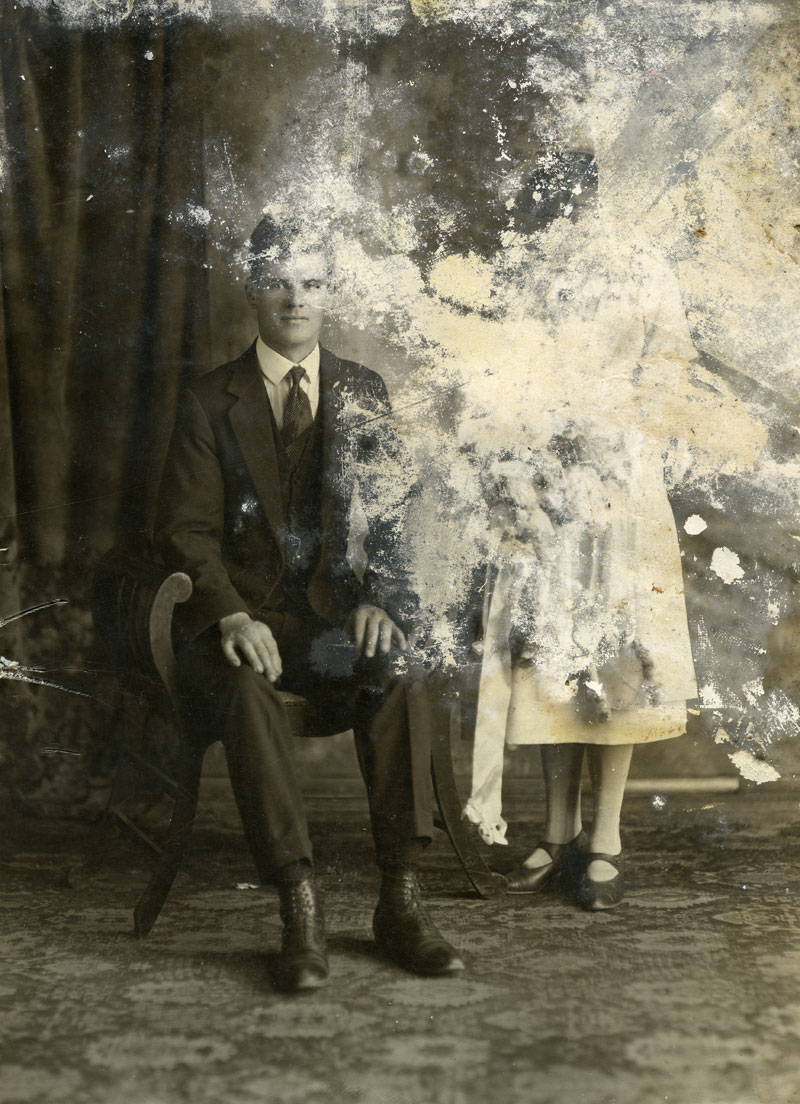 This photograph of Anne and Humphrey O’Sullivan had seen better days. Much of the emulsion from the right hand side of this fibre based print was completely gone and it had been affected by mould. The non-critical area (the background) was not an issue. A studio backdrop can easily be re-created. Faces however cannot be easily constructed without compromising the integrity of the original or a reference photograph to work from. I really questioned my ability to restore this image and procrastinated for quite a while.

My saving grace was the discovery of this image which I used as a reference for the bride’s face. It is believed that this image, taken at Luna Park in Melbourne was taken during the couple’s honeymoon. Of course the lighting and texture needed to be adjusted to suit the soft lighting of the studio portrait but the camera angle was very similar. 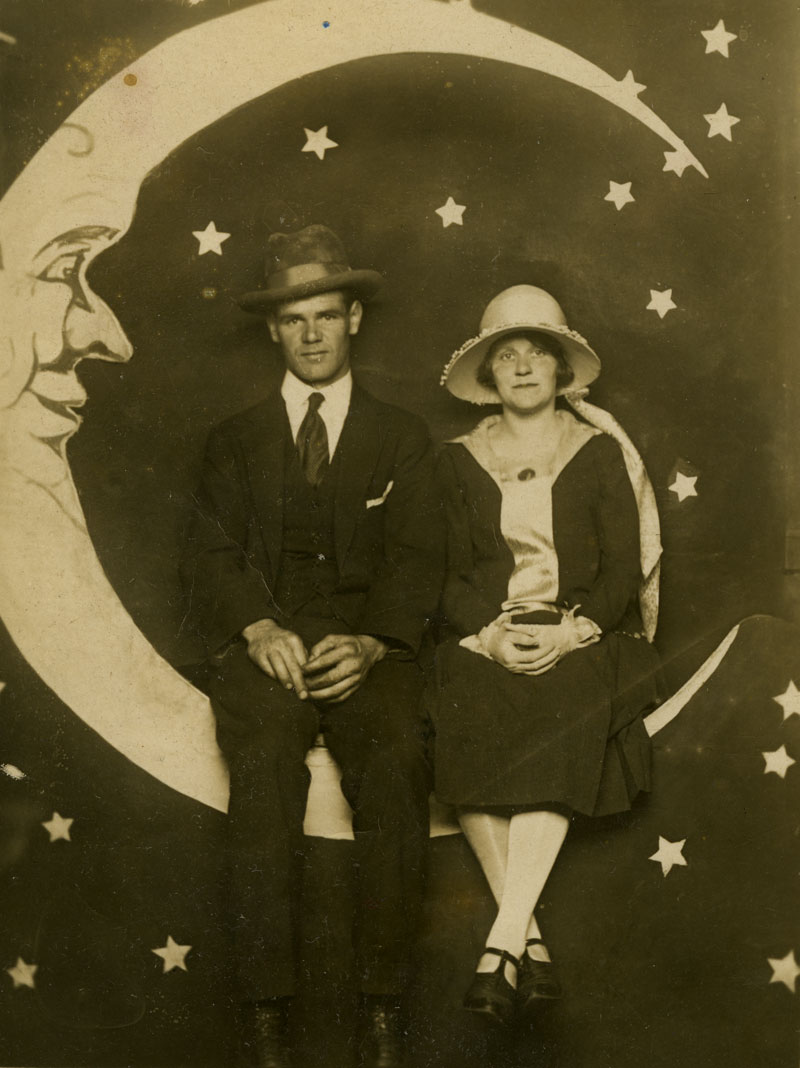 Close inspection of the original photograph to be restored revealed that the bride was wearing a hat and a round shaped brooch. It appeared to be the same hat (minus the scarf) and brooch she wore in the photograph taken at Luna Park. Another win! 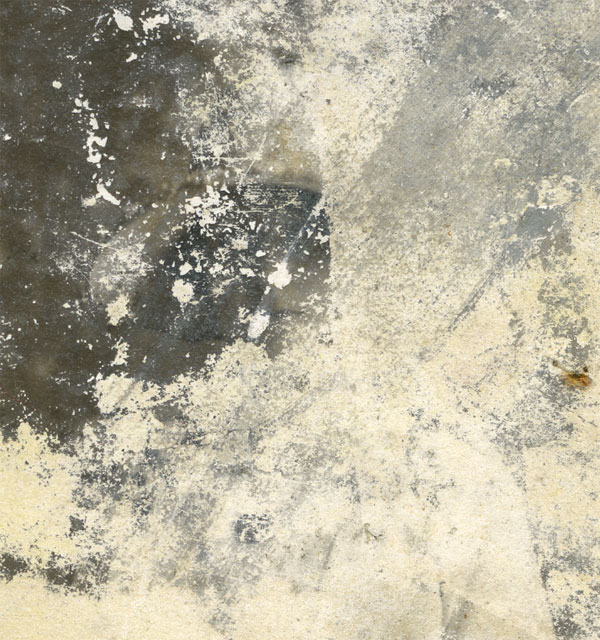 I now felt confident using the second photograph as a reference for the face and hat, but was still stumped with the bride’s dress and floral bouquet. I searched my archives, researched fashion from the late 20’s and 30’s in Australia and even asked my Facebook followers if any of them had an image of a similar bridal gown that I might use as a reference for this restoration. I was generously offered a few different options but still could not find that perfect image, Mostly because this modest gown did not seem typical of bridal fashion from that era. I did however find, from a borrowed image a bridal bouquet which could be used to replace the hidden bouquet.

Eventually, I decided that the best option for the bride’s dress was to create my own, so what you see here is a “painted’ dress. 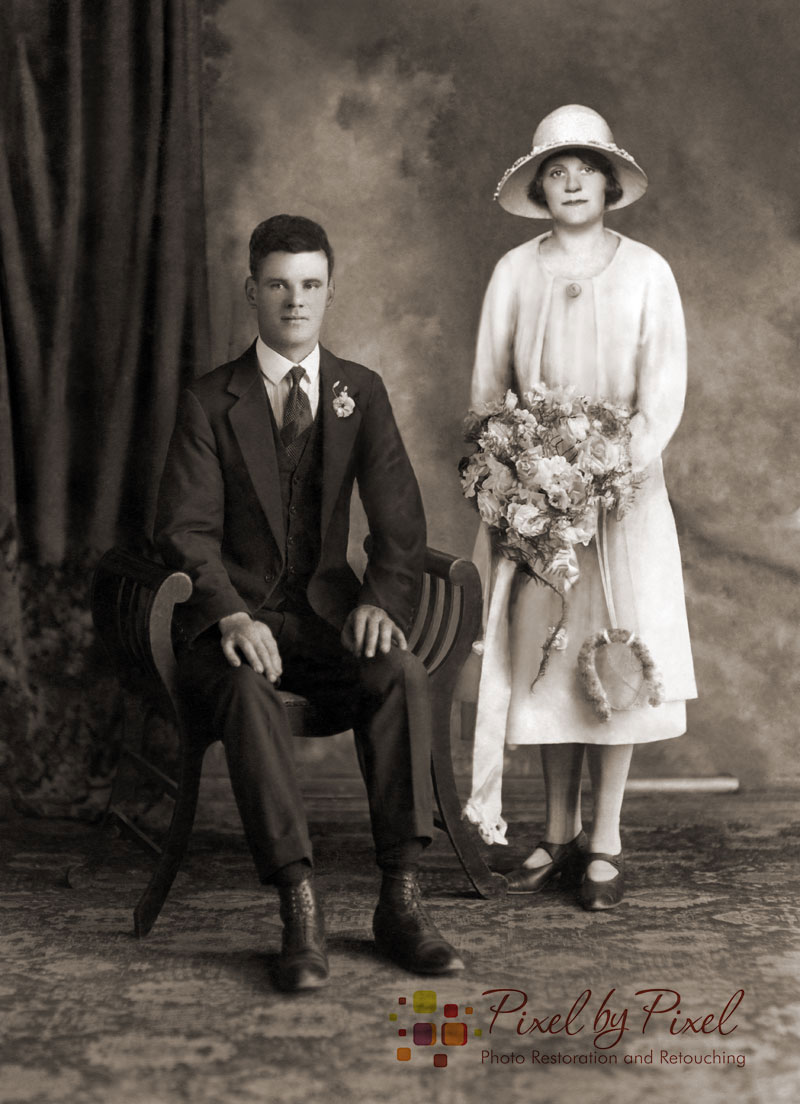 It took quite a while to finally complete this difficult restoration. Thankfully, my client, Lyn was very patient with me. 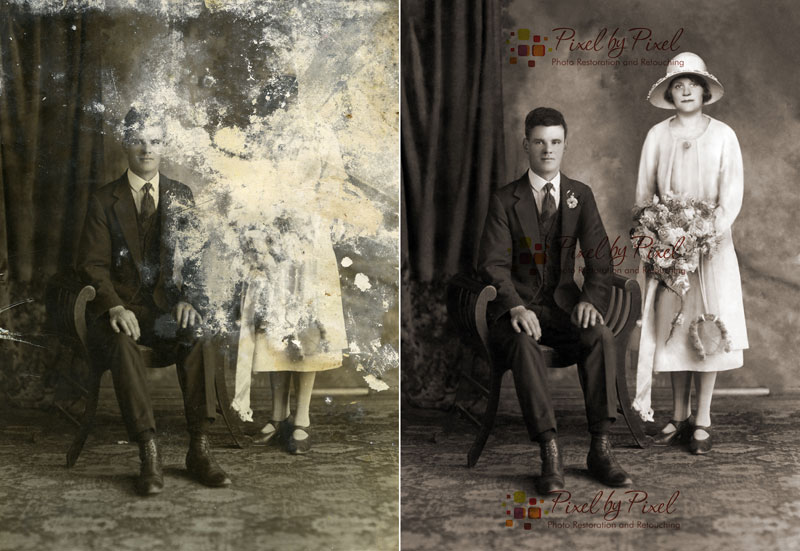 Many thanks to Lyn Roberts of Melbourne for allowing me to share this image with you.